Uncover the Beauty of China Beneath the Fog

Despite the negative slack China continues to receive on mainstream news, this doesn’t stop me from wanting to look beyond bad impressions.

As curious travelers, we owe it to ourselves to form an an intelligent opinion based on personal experiences and not only what’s said in a brochure or on TV.

This is very similar to my impressions of Russia, which I featured on the VLOG, only to fortunately be wronged in so many levels.

I also believe it’s my role as a travel enthusiast to share with my viewers those said experiences in the hopes of peaking your own curiosities, inspiring wanderlust goals and learning to see the world with new eyes. 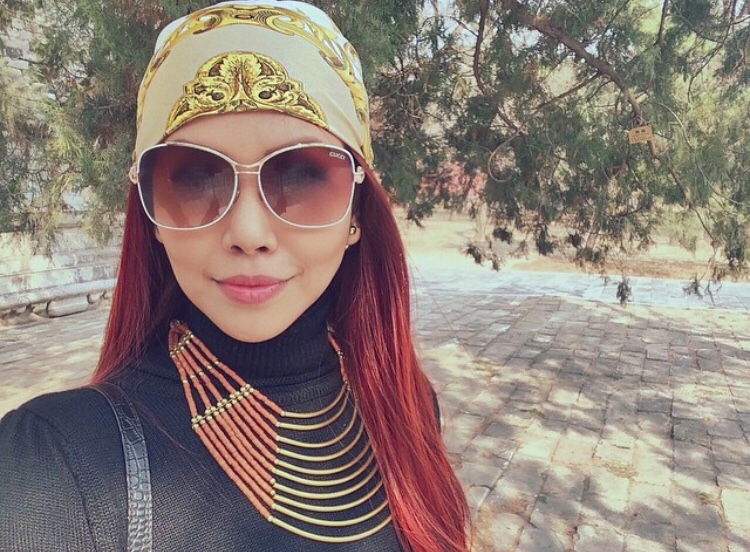 Today’s episode is all about the highlights of my wonderful three-week trip to China in April 2015.

While I know it’s sometime back, that’s not to say it isn’t worth sharing because as you’ll see, it truly is. 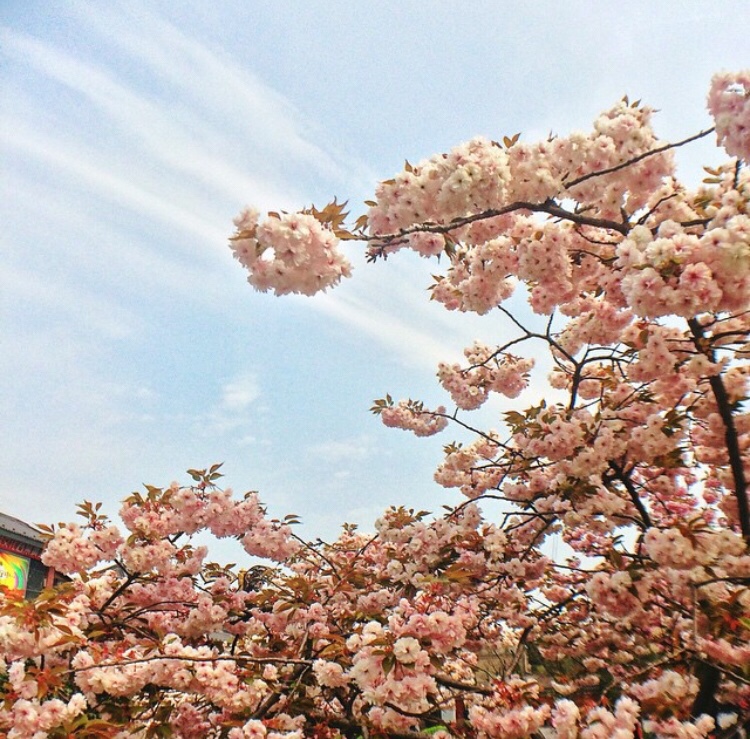 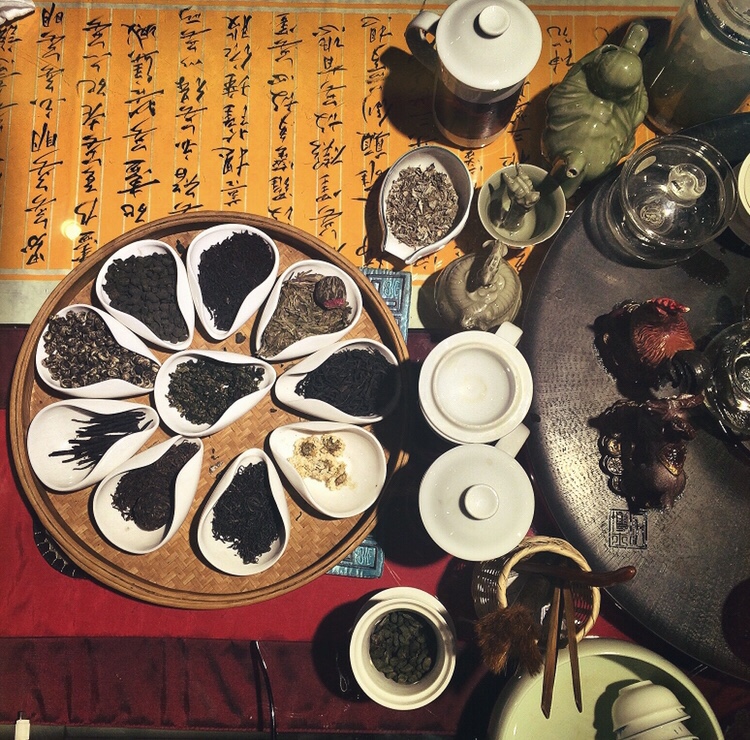 You’ll get to see not only its more popular cities, Beijing and Shanghai but also Guilin and my personal favorite, Xian. 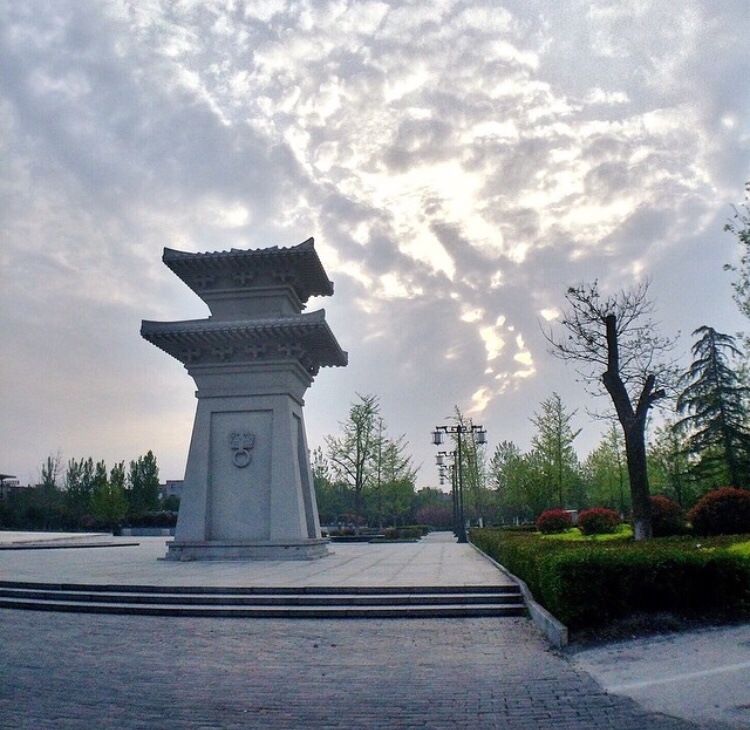 As the oldest and one of China’s four ancient capital cities, there is so much fascinating history to uncover in Xi’an (See-Yan).

If I had to make a correlation to perhaps make you better understand, what Kyoto is to Japan, Xi’an is to China. 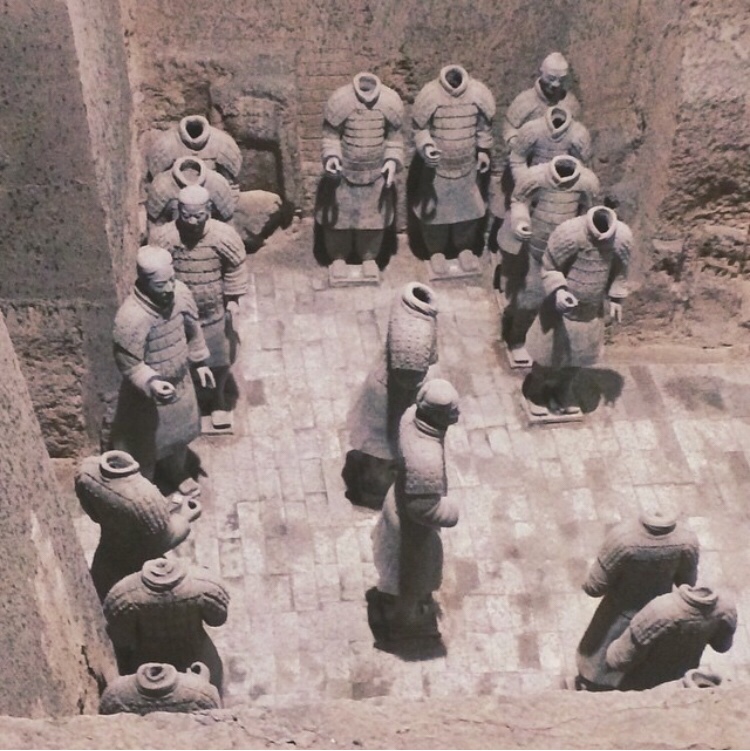 Imagine digging a hole in the ground with the intent of making a water well.

Instead you discover this…. This is but a fraction of what farmer, Yang Zhifa found by accident in 1974: the Terra Cotta Warriors from the Qin Dynasty (211-206 BC).

To give you an idea of how vast this one area (or PIT as it’s referred to) is, take a look on both sides, how tiny the people are. 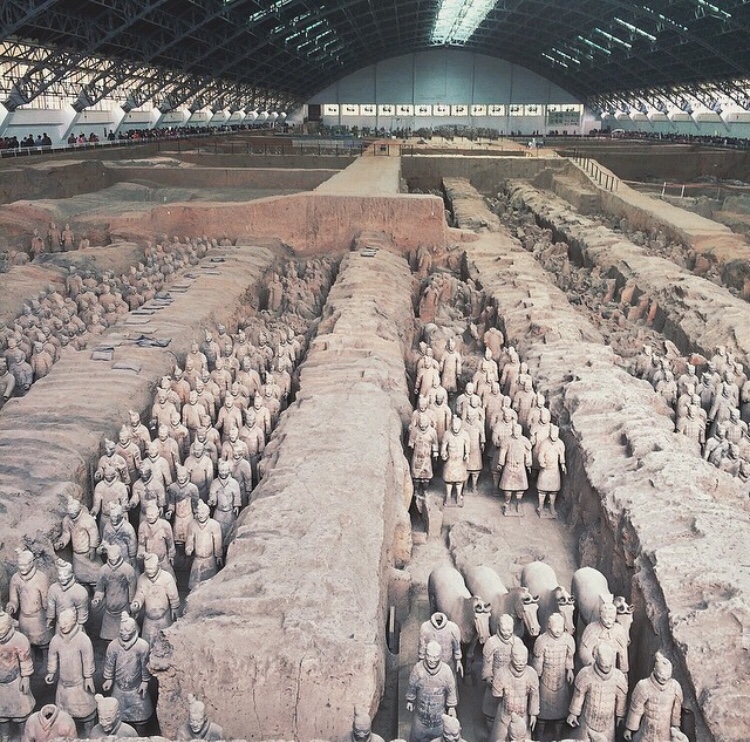 In certain ancient civilizations like Egypt and China, burial grounds replicate the life that certain person lived in order to properly prepare for the next life.

So in this case, the first great emperor to unify China, Emperor Qin Shi Huang, built a massive terra-cotta army complete with horses, military supplies, chariots, among others.

What makes it extraordinary is how well-preserved they considering they are over 2000+ years old! Not surprisingly, the Xi’an Terracotta Warriors Museum is considered to be one of the Wonders of the World.

Pardon this next photo as it was taken in the dark through a very thick glass. But these figures have an interesting backstory…

If you are an avid Game of Thrones fan like myself, you will know what a Eunuch (Lord Varys) is… by the way have you seen that episode where I got to visit GoT film locations in Iceland?

Eunuchs were imperial soldiers who were castrated so they cannot sexually violate the empress.

In some cases, also so concubines cannot cheat on their Emperor.

In Xi’an, there are two Terra Cotta Warriors sites:

The first few photos are from the Qin Dynasty. Soldiers are 1.8M tall, grandiose with tough features. 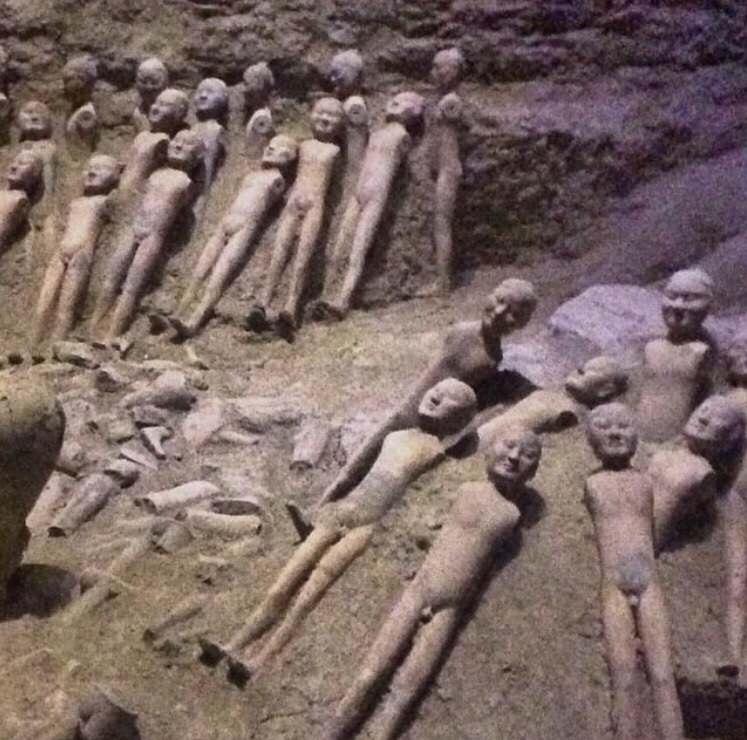 This photo is from an all-glass-enclosed site from the Han Dynasty where the soldiers were smaller, slimmer with softer features.

If you take a look on the lower right hand side, one soldier has a grayish-colored groin. The painted area is to signify that this soldier is a Eunuch.

My family and I got to visit the same Terracotta factory where props from the Hollywood blockbuster film, “The Mummy,” from 1999 were made. 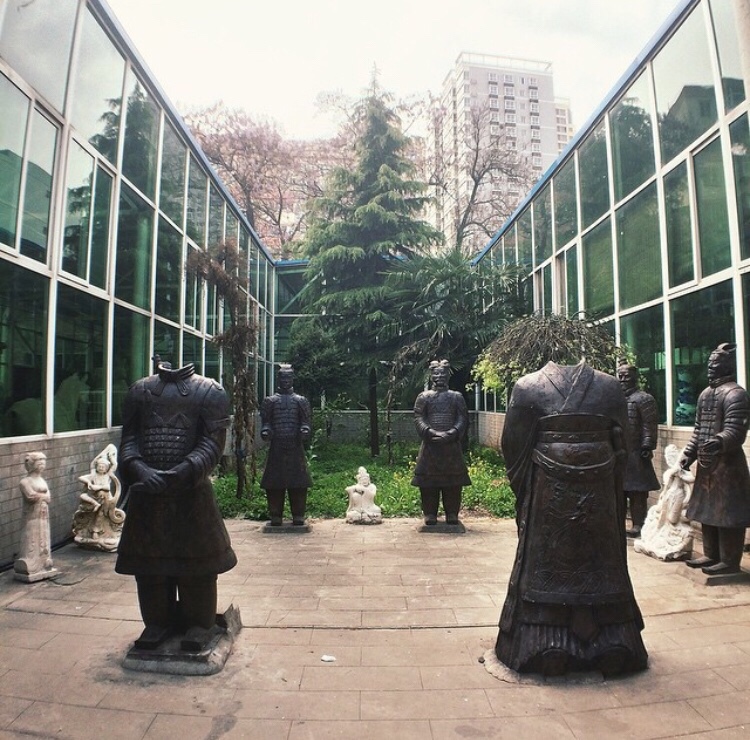 The brick oven here are for the small to medium pieces while the stacked statues on the right are the rejects from the lot. 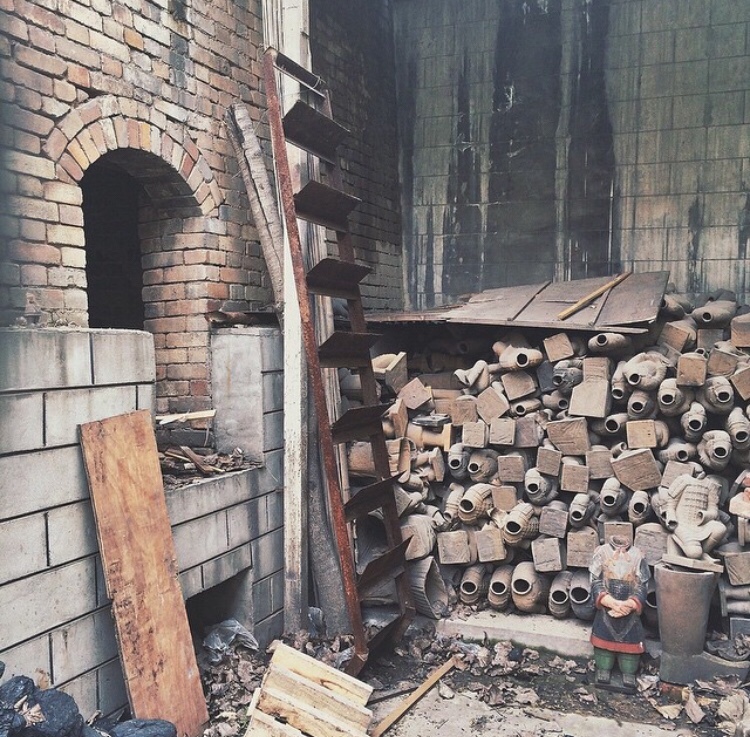 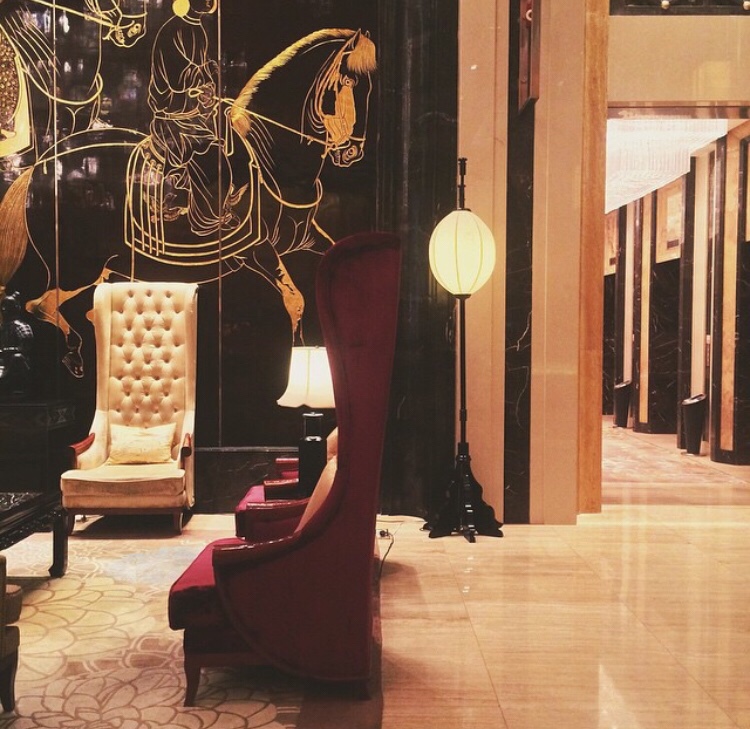 Chairman Mao Zedong of China is called Chairman because a chair, is the symbol of a throne. A powerful man is seated on that throne. Therefore: Chair+Man

This photo is from our hotel in Xi’an, Hilton.

The bicycle is an integral part of Chinese life and transportation. 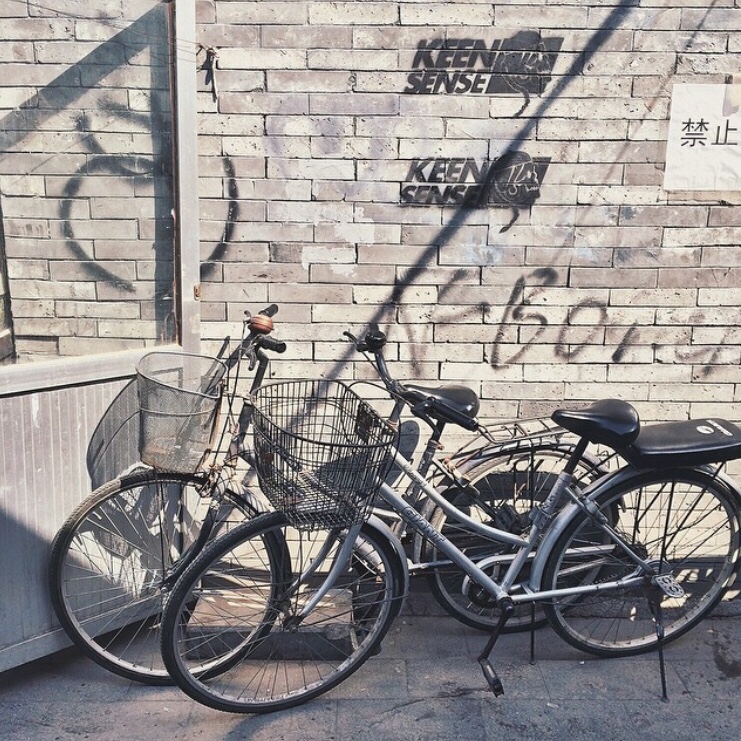 Both young and old are encouraged to bike despite the booming effects of economic development, not only for better health but to lessen environmental pollution and traffic.

Everywhere you go, even the widest and busiest of city roads have dedicated bicycle lanes and parking lots. 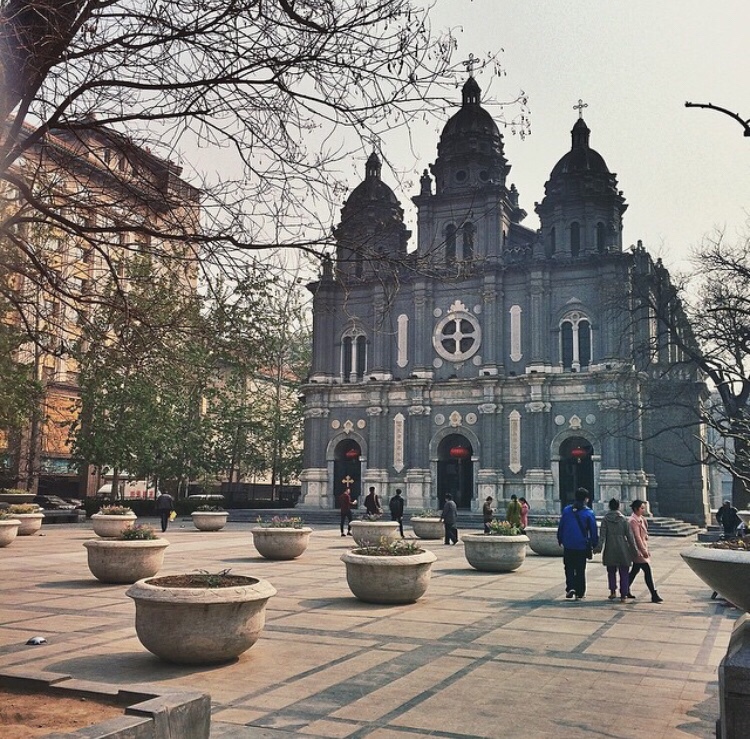 As the capital of China, you can only imagine how much there is to see and learn.

For starters, at Yuyuantan Park, they have a cherry blossom festival and while I may have the most serious face in this photo because my mom made me wear this fake wreath all throughout the park, lol.

The beautiful, clean and manicured garden is not exactly what you would expect as China is always said to be filthy. NO WAY! Just watch and you’ll see what I mean. 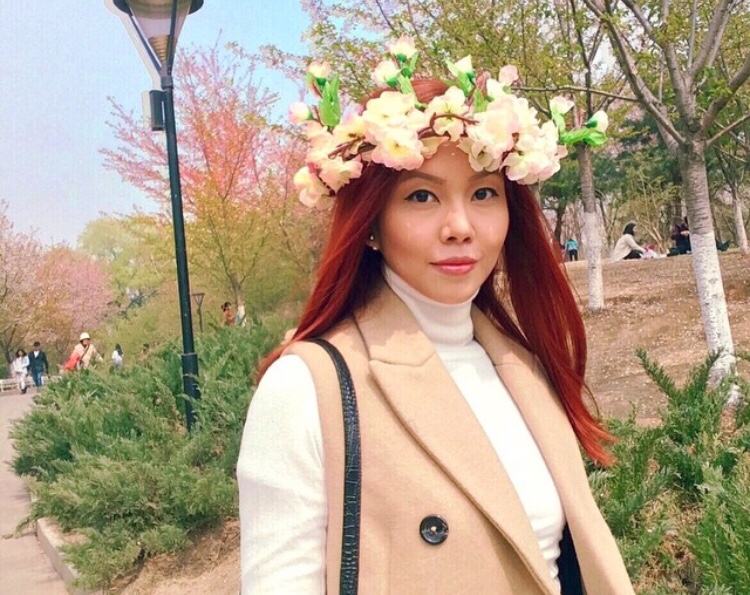 These photos are but a very tiny snippet of what’s all on today’s wonderful episode! 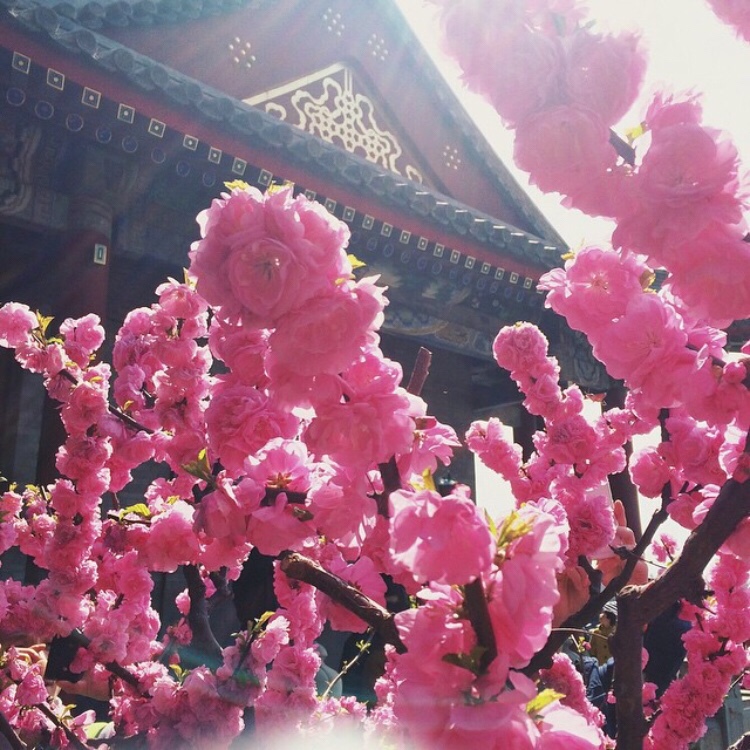 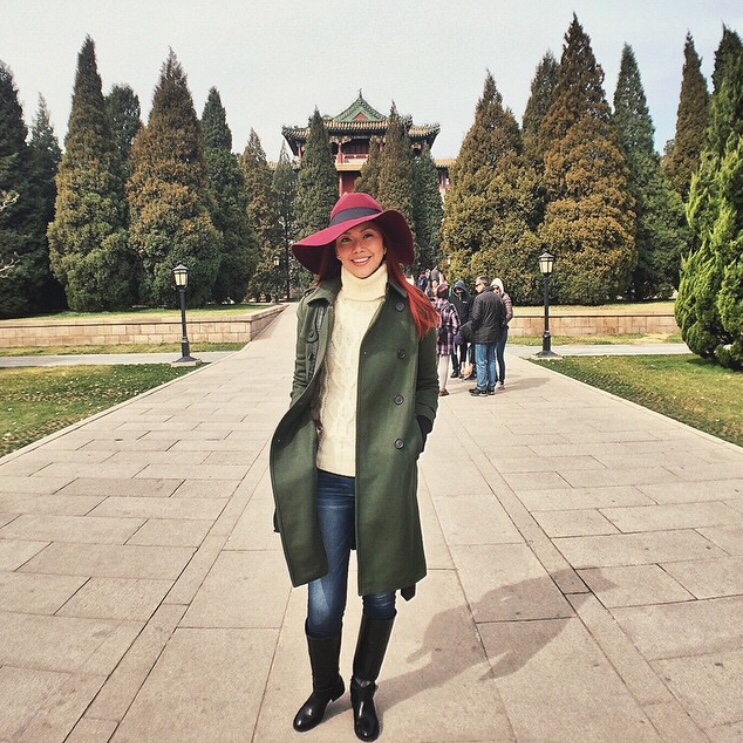 And of course, no trip to Beijing would be complete without hitting up the Great Wall! 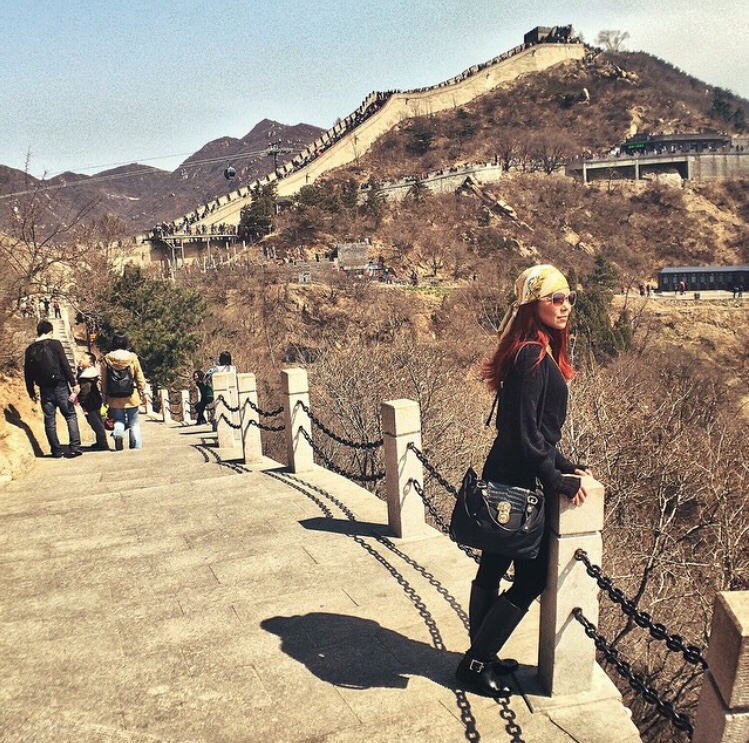 I still recall being so excited and in my adrenaline-filled steps made me trip so hard that my knees bled through the 2 layers of thermals + pants and I didn’t even feel it until I removed them back at the hotel.

The blood froze from the 4C weather and got stuck to my thermals! So try and imagine peeling them off my banged up knees?! I actually still have the 3-year scar as my souvenir. 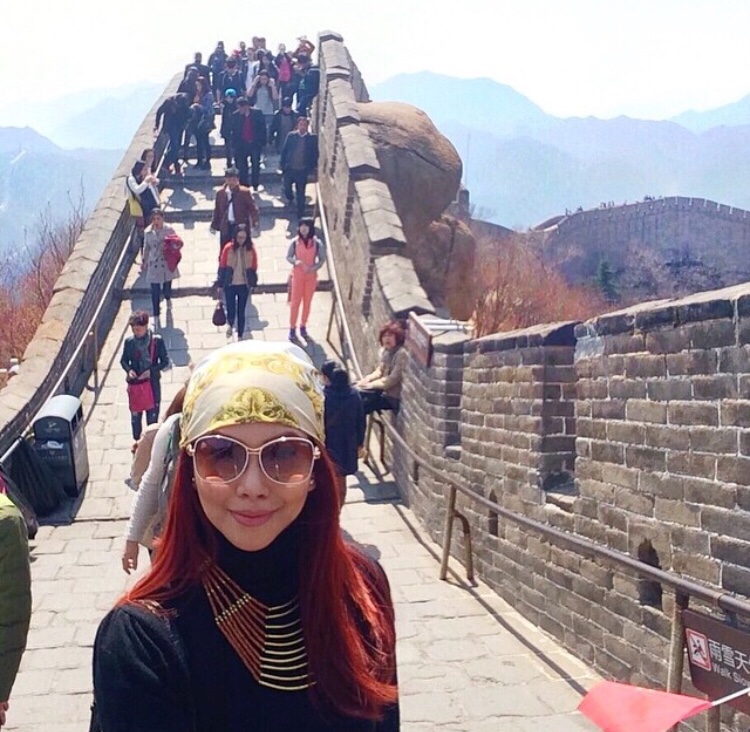 I also shared a very rare public photo of me with my dad, as seen on Instagram. 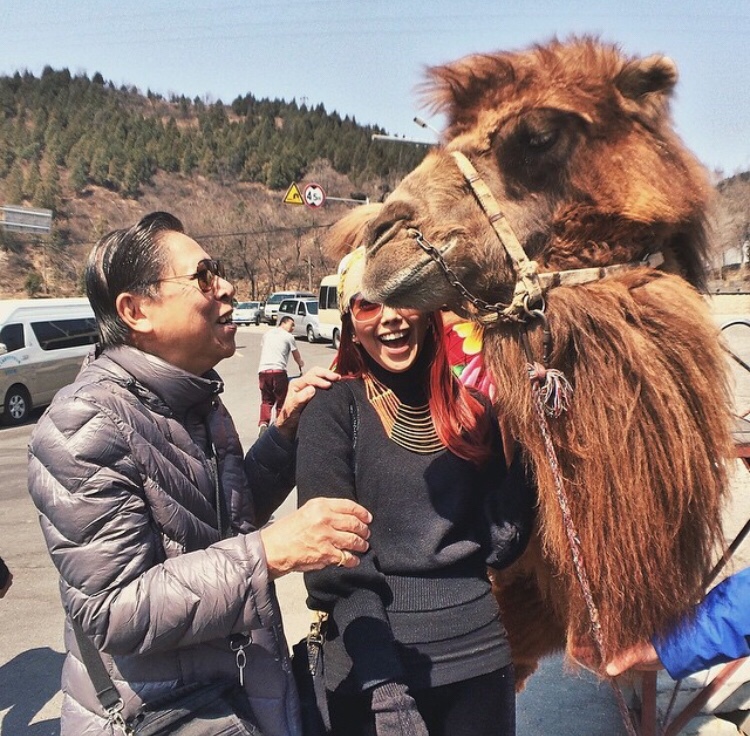 Take a Bite Off Beijing 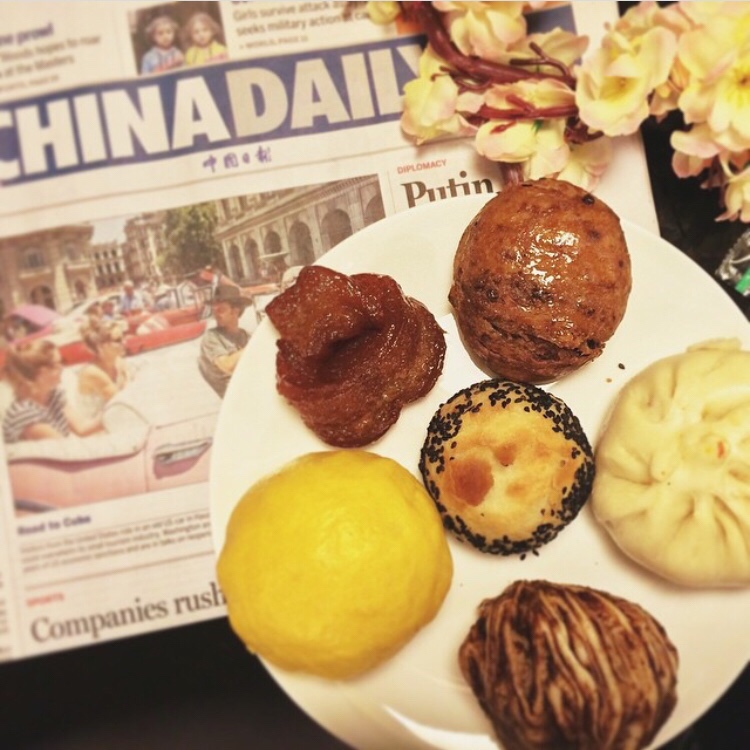 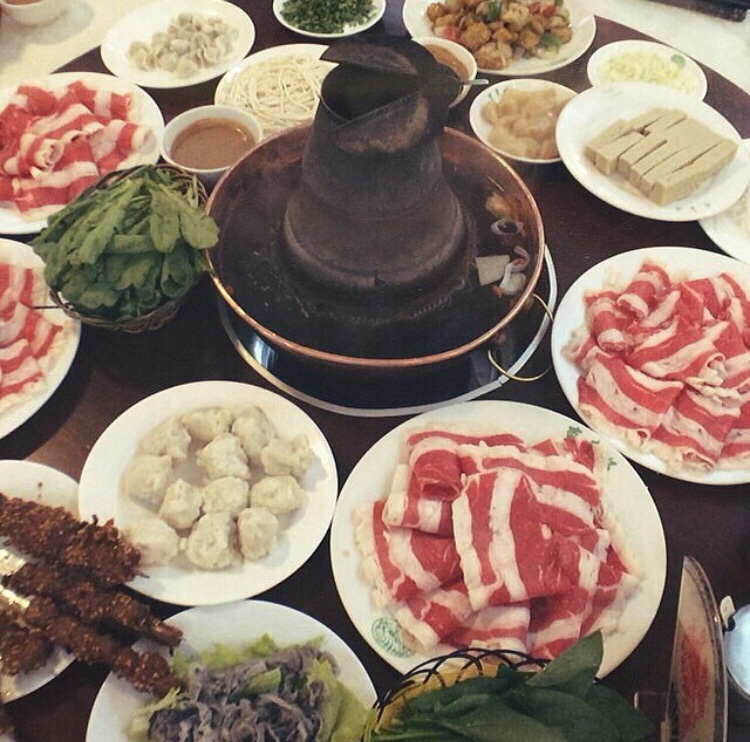 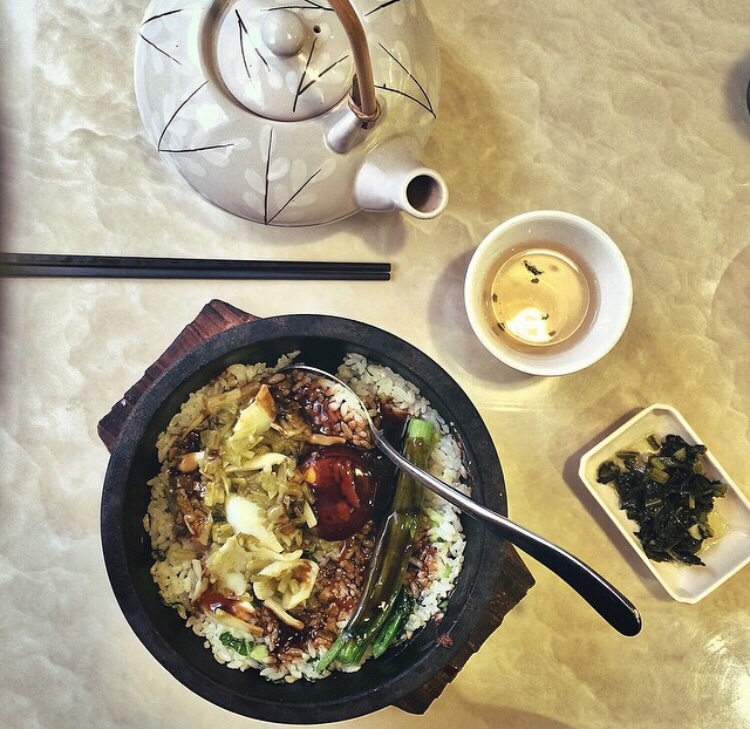 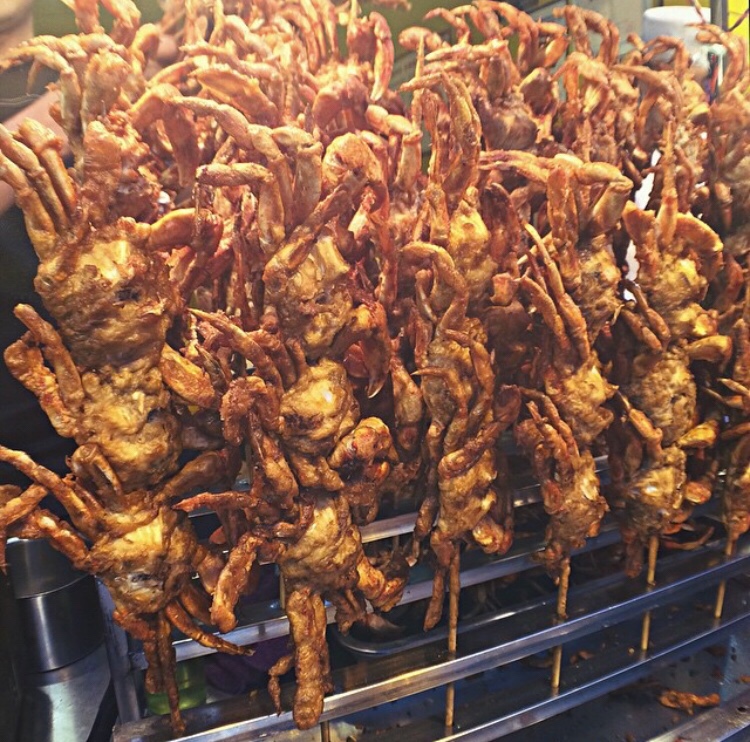 Of course there will be your hot pots, clay pots and other traditional foods.

But if you know me well enough, I have an appetite for adventure – not just figuratively but also literally!